The second part of the guide is about the stats, what to expect with being a mage, and gathered information about the skills. However, Stat Builds and such will not be covered here. If you happen to notice some inaccurate or unsatisfactory information in this article, feel free to point it out.

Congratulations on becoming a Mage! Here are the stats that has the most benefit on you:

If you are into fighting with other players, INT also reduces damage received from Magical Attacks.

The FP Increase from STA is technically useless, as majority of the Mage skills use MP.

Casting time of skill is not influenced by the DEX stat, and it can be only shorten through factors from rare equipments. Investing more on DEX will mean Evade/Block to be your primary defense. DEX do increase Critical Rate, but uncertain if it also affects the Critical Rate of wand's normal attack. (they occasionally hit a Critical.)

You already know what we'll get with STR. Unless you plan to do normal attacks more often (for some reason), you may also need to invest more points with DEX too. High-rated Elemental Weapons is deemed necessary if this approach will be tried though.

The connection between each element is an important knowledge for a mage:

This structure works in both ways for monsters and players. Meaning, if a Wind-type monster attacks a player while equipped with an Earth-element suit, taken damage will be really painful when it becomes a critical.

Aside from the basic elements, there's the "psychic", where it serves as a Neutral Magical Attack. You may not worry about re-configuring your type of attacks every time you face different monster types, but it is best to completely rely on this type of attack once you get to the next job change.

Spelling the Spells: The Skills Consists of the 1st spell at the leftmost column and the entire column next to it.
Your basic attack skills. A few of these are really helpful if set at higher levels.

Consists of the entire 2nd column of 5 elements.
Except for the Fire element, the spells here will be your primary attack skills, even though we still have the 3rd set to be unlocked.

Consists of the 2nd spell at the leftmost column and the entire rightmost column
Although the last to be acquired, this does not necessarily mean that the spells here deal the highest damage. Most of them do come with useful effects that aid both your offense and defense. 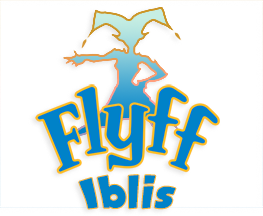